What is your 5-Element Constitution?

We’re going to start our series on the 5 constitutions with the Water element because that is where the 5 element cycle starts.  Winter is a time of renewal.  Yes, there is some excitement at New Years that 20-whatever will be a better year, but the odds are that most people lose that excitement quickly; or at least until the Spring arrives with warmth and the Wood element.

What I mean by Winter is a time for renewal is that the power and intensity of Winter wipes the slate clean.  The playing field is mostly leveled when we get 20-inch snow storms (and it was especially level before snowmobiles, plows, and other winter toys).  That POWER; that INTENSITY; that is what Water constitutions are all about.  They either thrive off of it, or become so overcome by it that it paralyzes them with fear.  For the purposes of this newsletter I will mostly be speaking about my father, Doc Mittica.  He is a Water CF and I will use his example because it’s an everyday one.  In fact, we’ll start with the fact that his favorite Rolling Stones song is Under My Thumb.  Talk about a song that is about power!

Fear.  That is the emotion of the Water element.  You’ll see examples of people who get a rush out of it and need it to get their kicks, think Evel Knievel.  These people tend to take up dangerous sports. Rock climbing, base jumping, etc.  The other end of the spectrum are when people have unreasonable fear.  For example, I have a patient who is in her mid-20s, but her biggest fear in life is Ebola.  It started after she saw a video on it in science class in 7th grade.  Is it a legitimate fear?  Sure.  But is it a little far-fetched?  Yes.  When Water CFs have fear, they tend to go all in on it.  Every winter storm will knock out power for days.  Every potential calamity will end in chaos.  Having intense water energy can be a weakness.  The flip side is that because of this fear, they tend to be prepared.  Fallout shelters and stores of food.  Extra care to clean gutters and prepare the house for the storm.  I remember when Hurricane Sandy was coming.  Dad worked on the house for about 2 solid days to prepare, filled all the gas cans, cleaning gutters, got everything prepared.  Made sure we had emergency water and other necessary resources.  The only thing he really didn’t do was chop extra wood, but we already had a nice cache and with no power, there was plenty of time to chop anyway.  Having intense water energy can be a strength.

This brings up the biggest issues for Water Constitutions.  These are taken from Five Element Constitutional Acupuncture written by Hicks, Hicks, and Mole in 2009.

I’ve already spoken about needing to be safe above.  Water CFs tend to take this 2 ways.  Either throwing all caution into the wind and being a daredevil or feeling like everything is going to harm them in a major way.  Trusting also goes along with this though “trust” can occur in many different ways.  It could be that never truly opens up to another since they may stab them in the back.  It could also manifest as someone checking the door multiple times to make sure it is locked.  Double-checking and triple-checking is a sign of fear and mistrust.  Since Water CFs respect Wisdom,   they will double-check with friends who are experts in a certain field before doing certain tasks or medical procedures.  They have trust in experience, education, and what they know to be true.

Water CFs are driven; it’s that simple.  They are high energy and have trouble sitting down for long periods of time.  When water flows in nature, it remains clean and pristine.  Drinkable.  When it stagnates water gets gunky and grows algae, mosquitoes, and other life.  The water is now gross.  Water CFs tend to feel like this if they don’t move enough.  It can also cause low energy.  They move and move and move and only when they stop do they get tired.  A former student of mine once said “you don’t know you’re exhausted if you don’t stop.”  Dad is the same way.  He doesn’t like to eat a meal until he’s ready to shut it down for the night.  Coffee and other liquids and light foods keep him going throughout the day.  I have a lot of Water CFs who work 15 hour days and then have trouble sleeping because they have work on their minds.  Of course there is the flip side to the coin and Water CFs can have no drive at all, but I rarely see this.

Reassurance is something that most people will accept.  It’s calming and comforting.  Water CFs on the other hand have a tough time accepting it.  I’m reminded of this incident when I was in Acupuncture School.  It was one of those “kind of snowy” days.  Not bad enough to cancel anything but bad enough that driving was not the safest.  When our teacher was late and half the class didn’t show up this one Water CF classmate started freaking out that her close friends and family would not be ok out driving.  She tried calling but couldn’t get a response.  No matter how much we tried to talk her out of it and reassure her they would be ok, she wouldn’t stop freaking out.  Note that the person was in fact fine.

When the crap hits the fan, you want Water CFs around.  They are GREAT under pressure. I have a friend who is a nurse and his dream is to be a helicopter nurse.  The higher the pressure, the better he is.  This is why a lot of Water CFs tend to procrastinate in school because they work so well under the pressure of the deadline.  The other side is that Water CFs will sometimes freeze with paralysis.  I had a pitching student who would throw great in games where she knew she was better than the other team but any game where it was closely matched she would start throwing balls and walk a ton of people.  She only admitted once that she was scared and would then also mention “what if they hit a line drive at me and I die.”  Yes, she literally used the word die.

Resources are huge for Water CFs.  They tend to be good accountants whether professionally or for their own family.  Resources can also be seen by having emergency food, water, and other supplies.  There is a fear aspect to keeping resources around.

Other aspects of Water CFs

Voice:  They tend to have deeper voices that have very little inflection.  Not necessarily monotone, but more “babbling brook” sounding.  Water CF women will sometimes be told they sound “manish.”

Eyes:  Water CFs will frequently have that fear look where you can see the tops of the whites of their eyes. 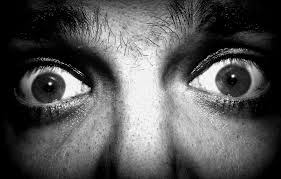 Next season we will look at the Wood Element.

What is your 5-Element Constitution?

The 5 Elements, The Seasons, and Fractals