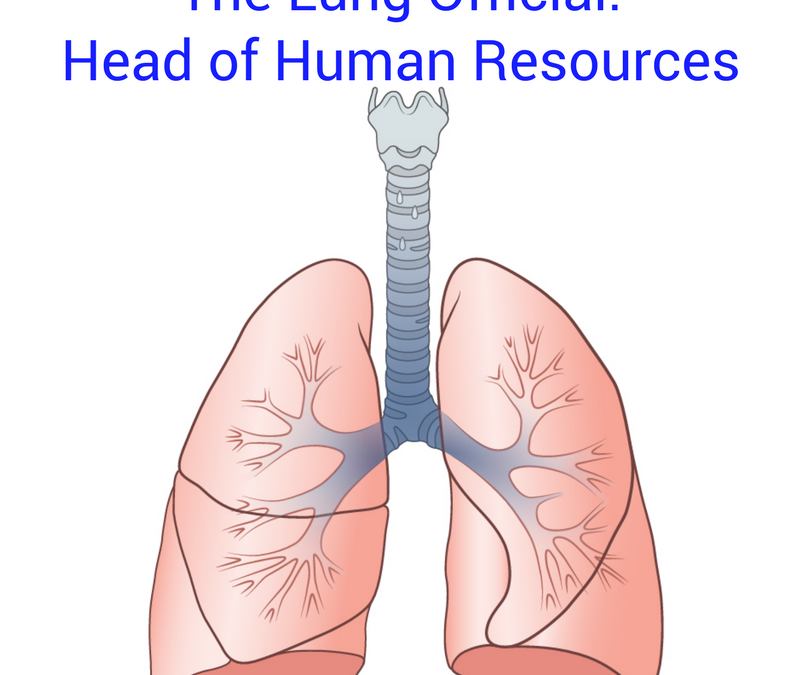 The head of human resources plays a vital role at any company.  The workers need a safe haven and someone they feel is solely on their side.  In a way, the workers and the company are in a battle against each other over time and money.  The worker wants more money and less work while the company wants to pay less for more work.  The human resources department is the one person whose whole job is to look out for the employee, making sure they are not being taken advantage of. 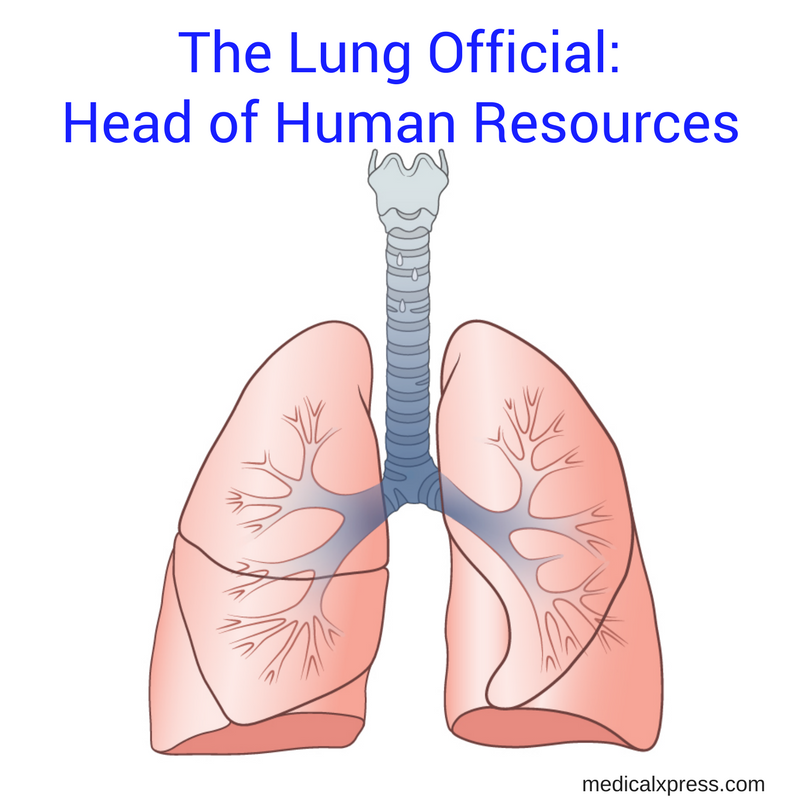 The Lung loves inspiration… Workers at a company need to feel safe in order to be creative.  Imagine working 80 hours a week, getting paid minutely, and then being asked to get creative for the company.  Not happening.  Only when a person feels safe can they get inspired.  People stay at companies for a long time when the support system is great.  Good HR departments make for happy employees.

Most people first get sick in the Lungs…That’s why it’s considered “the fragile organ.”  The Lung is the organ most open to the world.  We breathe in air all the time, so the climate around us is very important.  Live in a place with bad air quality and you’re bound to get sick.  Work in a company that has a poor environment and you’re bound to get sick of working there.

The Head of Human Resources and the HR department overall is not a place that is typically stressed in companies.  Many companies prefer to look at the bottom line and feel like employees are interchangeable.  Don’t let this happen to your body.  Breathe deeply daily and allow the Lung to take care of the rest of the employees by feeding them with oxygen, energy, and inspiration.